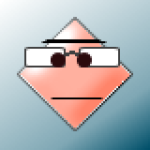 View all posts by Kate Sheridan:

“Archetypal energy carries a much higher charge than personal energy — the difference between a thunderbolt and a duckling’s quack.” – Marion Woodman

The first time I felt the presence of The High Priestess, I was at a music festival with a group of friends. As we set up our tents and settled in, we showed off our costumes and festival gear. A friend pulled out a long robe, blue and black and white. The moment felt like a thunderbolt. “The High Priestess!” I said aloud, and just a few minutes later, a friend from another campsite tapped me on the shoulder, and I said it again. It was precisely the image a tarot reader had recently used to describe The High Priestess to me: “She’s that tap on your shoulder,” she’d said, “that comes when you least expect it.”

It wasn’t that the robe had simply reminded me of the card. Instead, the archetype had become manifest to me through the robe. Learning to sense the difference is precisely what The High Priestess represents: she appears in a reading to encourage us to tap into our intuition rather than our rational mind. She speaks to us in patterns of synchronicity, only accessible when our psychic channels are open. She invites us to experience a simple tap on the shoulder as a mysterious sign or symbol.

This period of time — Summer 2015 — was when I first felt my channel opening. I had recently had my first psychic experience while reading tarot for a friend, and all spring I’d grown increasingly unhappy with my life as a high school English teacher. Claircognizant information seemed to be coming in all the time, but I couldn’t make heads or tails of it. I was pulling The Moon card a lot: whatever my path was, it felt shrouded in fog. I remember standing in the moonlight that weekend and thinking, “I’d rather be a priestess,” but I didn’t know what that meant.

I had no idea at the time that The High Priestess was my life path card, according to the system put forth by beloved tarotist Mary K. Greer. (In fact, I had no idea who Mary K. Greer was!) I also had no idea that The High Priestess corresponds to the moon (not The Moon card but the moon in the sky, that one that has waxed and waned above us for time immemorial). I had no idea that each of the major arcana corresponds to an astrological planet or sign, and that we can use these correspondences to receive additional intuitive information when reading tarot for ourselves or others.

It took me a few more years to dig this deep into the tarot. After the robe and the tap on the shoulder, I spent another three years at my teaching job, and I ignored my intuition whenever it told me to quit.

But something changed when Halloween 2018 rolled around and I decided to dress up as — you guessed it! — The High Priestess.

I already had a long blue dress, and I went to Goodwill to buy a white robe and a sheer blue curtain to add more watery, flowing fabric to my look. I bought a sparkly crown at a party store and printed out an image for my crown of Hathor: a full moon flanked by two crescents, waxing and waning. I went to a Halloween party on October 27th, and a series of thunderbolt moments showed me that my romantic relationship had to end. I told my partner how I felt on November 6th, and by the 14th, I was moving out. (It’s still on my calendar — I scrolled back and looked!)

November 6th, 2018 was the day before the Scorpio New Moon, and by the next lunation, I was studying moon magic in my new apartment. I was coming home to myself. It turns out that Scorpio is in the 5th House of my natal chart, the house of creative self-expression. Nowadays, I set a New Moon intention each month based on which of my houses the moon is in. Plus, I’ve also learned about the so-called “gestational phases” of the moon, a concept that helps me see the long-game when it comes to my intentions.

According to this gestational framework, at each New Moon we plant a seed that begins to sprout nine months later, at the First Quarter Moon in the same sign. (In the case of my High Priestess path, I can trace these moon phases in Scorpio). Nine months after that, there will be a Full Moon in that sign, representing the fruition of the seed you planted eighteen months earlier. And finally, in another nine months is a Last Quarter Moon, when you undergo a process of harvesting and composting, until the chapter closes for good, three years after it began.

At the Scorpio New Moon in November 2018, I had just dressed up as the High Priestess and ended my relationship. At the First Quarter Moon in August 2019, I had just quit my job and moved back to my home state. By the Scorpio Full Moon in May 2020, the seed had fully blossomed and I’d embarked on a training program with a community called the Priestess Presence Temple. I was a priestess! And finally, by February 2021, I’d been holding my own temple circles for months and was gearing up to add more to the calendar.

It’s amazing what magic is available to us when we give ourselves permission to see the patterns underneath our everyday experiences. There is archetypal energy available just under the surface of life, and tools like tarot or astrology can help you sense the synchronicities and decipher their meaning.

If you’re interested in the gestational phases of the moon, you can consider our next New Moon, which will be on August 8th, in the sign of Leo. You can look for 16 degrees Leo in your natal chart to determine which area of your life will be most affected, which can help you set a clear, heart-centered intention. Whether we choose to create a special ritual or simply rest under the dark moon, a seed will be planted for each of us in the fertile soil of Leo — and who knows what might blossom over the coming months and years?

Kate Sheridan is a moon witch, tarot reader, and astrologer who calls herself The Laundress. Through her project The Spiral Temple, Kate holds sacred space to re-member the Goddess, reawaken the Divine Feminine, and reconnect with the cycles of the Moon and the Wheel of the Year. You can find her online at www.thelaundresstarot.com and on Instagram @themodernlaundress.

All opinions expressed in this article are the sole perception/experience of the writer, and may not necessarily be shared by Michelle Lewis – The Blessings Butterfly. All Rights Reserved.

Want to read more about witchy things? Try these articles from The Blessings Butterfly: Lean Into Your Weird Explore [Your] Divinity